Creaform Engineering was commissioned to investigate the coal distribution in a new transfer chute in a beneficiation plant in Portugal for a company that produces low ash coals especially designed for metal production.

The project was conducted using the Discrete Element Method (DEM) with a 3D model of the chute. The objectives were to validate the mass proportion into separated ducts for different diverter plate angles and positions.

The team was tasked with finding ways to mitigate the risk of material blockage in the chute and design wear protection plates. To achieve a realistic and precise representation of the process, a material calibration was first performed on site. The approach consisted in collecting samples for particle shape and size distribution as well as performing static and drained angle of repose tests function of the humidity content of the material.

The calibration process allowed the team to find the proper combination for the different coefficients used within the Hertz-Mindlin contact model, such as friction and restitution coefficients.

The simulations also enabled the team to adapt the design for optimal distribution in the two bins, bringing a more efficient handling of the bulk material in the plant operation. They also gave the opportunity to fine-tune the angle of walls and plates to avoid material build-up especially when testing material with higher humidity level. Finally, the simulations helped the team to design replaceable wear protection plates that cover only the required surfaces. These contributions of the DEM analysis brought recurrent operating savings while reducing the risks associated with the implementation of a new chute in a bulk material handling process. 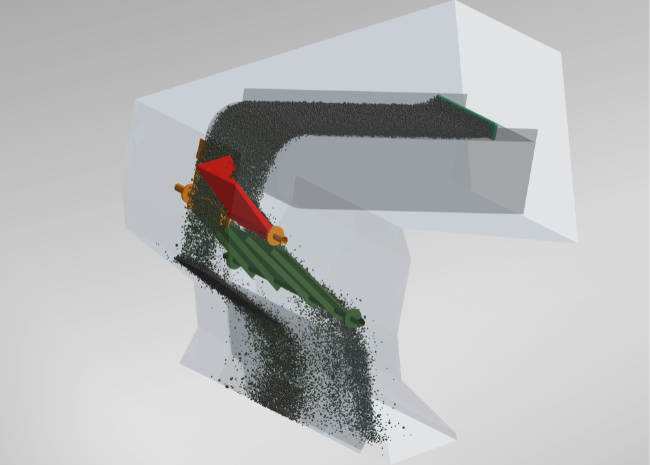 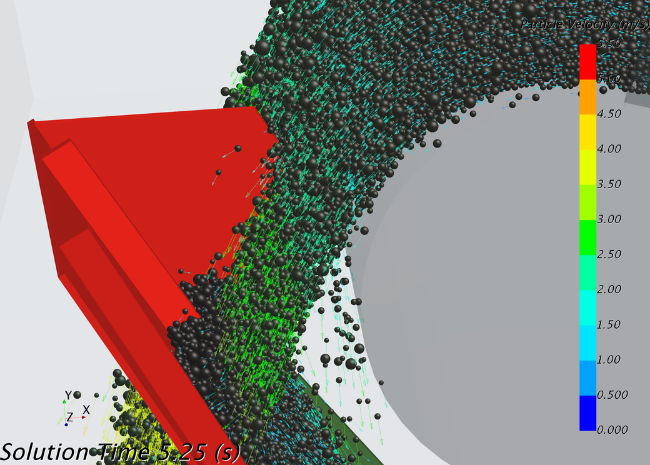 Creaform Engineering has a breadth of services that cater to the unique and stringent needs in the Heavy industry. Speak to our experts today to see how we can complement your next project.